6 months ago By Josh Neil

COVID-19 has changed how many sponsors enrol and retain trial participants. From decentralisation, increased use of wearables and changes in population targeting, the pandemic has seen a shift in both priorities and procedures with regard to enrolment. But is this enough to overcome issues of minority underrepresentation and population disenfranchisement that clinical trials struggled with prior to 2020? We spoke with Ash Rishi, CEO of COUCH Health, about the problems of patient enfranchisement and recruitment, and what can be done to overcome them.

For daily articles on the latest pharma trends and innovations, as well as interviews with leading experts and in-depth industry White Papers, subscribe to PharmaFeatures.com.

Tell us about your company’s work, and the causes it supports?

Ash Rishi: I’m the founder of COUCH Health, a patient engagement agency working globally. Over the last few years, one of our core missions has been improving diversity and inclusion within clinical trials.

A lot of our research has centred around determining the best way to do this. Often, this has involved talking to community and spiritual leaders, but I think there’s more we can do. COUCH Health reaches patients through digital marketing, aiming to get them into clinical trials. We’re trying to evolve from a generic advert that’s sent to every population to something more bespoke, e.g. ensuring our language is understandable and relevant to every community. Our challenge is doing that on a global scale.

To me, this is also a personal challenge. I lost my father in his early fifties to cancer, and I’ve often wondered whether, if he had taken part in a clinical trial, whether my mother and I would have had a few more months with him. Now I run my own company, I hope I can do something to ensure this is a reality for others out there.

What are the main causes of underrepresentation in clinical trials? To what extent is this a fault of trial sponsors?

AR: It’s a healthcare and health equity issue more than a clinical trial one. You often see what we in the UK call the ‘postcode lottery’. Those in richer boroughs or areas get more innovative treatments, while those of lower socioeconomic standing aren’t getting the treatment they need.

There’s also the issue that certain communities have a deep mistrust of healthcare, due to political issues such as Brexit or the Windrush scandal in the UK. These have all created an environment of distrust. In the US, there’s the additional issue that healthcare is expensive, and therefore those of lower socioeconomic status have less access.

Clinical trials have also been designed in a very labour-intensive way. You can’t just have an assessment over the phone; you need to take a day off and go to a site that could be over 100 miles away. If you’re working two jobs, or have to look after several children, this is extremely challenging. Even if you do join a study, it’s doubtful you’ll stay. There absolutely needs to be a revolution in how these trials are run — and hopefully, COVID-19 is bringing about that change.

Is this a case of certain specific therapeutic areas lacking subject diversity, or is it more an overall healthcare / structural problem?

AR: It’s an issue across the board — not any one area in particular. There are some good examples when we talk about female underrepresentation. Cardiovascular disease, which affects men and women equally, has enormous disparity in clinical trials. Even more extreme, Cialis, the ‘female viagra’, would presumably have 100% female trial participants, but 80% of them are men!

The same can be said for over 65s. Our population is ageing, and this is an important population to target, but they’re not included in trials, either for Alzheimer’s or other conditions. How can we know medications work if we’re not testing them sufficiently?

Are certain populations more affected by these problems, and to what extent is this reflected in that population’s health?

AR: The populations most affected differs by country. Obviously, more data has come out of the US than any other country, and so we know that there it’s mainly Black, Hispanic and Native American populations. It’s been reported that Black Americans make up 18% of the US population, and yet represent only 5% of clinical trials.

We want to reach a place where participants on a specific trial represent the demographic affected by the trial target. Sickle cell disease, for example, affects 60% African Americans, so 60% of the trial demographic should be Black. That’s what we’re trying to encourage sponsors to think about. It’s not just pushing the overall message of recruitment. It’s about engaging specific populations through language and other means.

What else can organisations do to increase patient-centricity and work with these populations in recruitment?

AR: A few initiatives are working well. We’ve developed cultural safety training. Research sites, which are the element patients interact with most, are trained up on how to be culturally safe, beyond unconscious cultural bias and cultural competency.

We’ve found that with the reflection exercises on this program, individuals have a lightbulb moment where the get what ‘culture’ means. To put it crudely, many people think white people don’t have a particular culture. But they do, and when people understand their own culture then we can flip it round and apply it to other populations.

As I mentioned, we’re also doing community outreach, where we have materials reviewed by the population we’re trying to reach. This is an important step, because medics and scientists don’t speak in the language of the population. By making the literature more culturally accessible and making the visuals more diverse and representative, we can appeal to populations in a positive, focused way.

Resource-wise, the FDA has brought out guidance recently. In the UK, we’re trying to encourage regulators to make this policy, though we’re probably lagging a little, honestly. But there really are few resources out there. We’re getting case studies soon, however.

In one of your reports, you mention age as a factor in minority reaction to trials and vaccines. Will younger generations see a natural shift in minority representation in trials?

AR: It’s my hope that new generations will see a shift towards representation. Technically, it should improve. Media representation of trials during COVID has been an important step in this. We’re now seeing a better portrayal of trials. But I’m still seeing adverts that miss the point, that are only creating more mistrust. I’m worried we’re making the same mistakes again. Targeting a minority because they’re a minority creates mistrust, because it’s not well understood that there is an issue of diversity in trials!

COVID-19 has dramatically shifted how organisations recruit patients. Have lessons been learnt in terms of diversity and representation? Have there been any negatives to this?

AR: COVID-19 was absolutely an industry eye-opener. People realised that the virus affected populations differently quite early on. Through the trial process, companies like Moderna ensured representation was diverse.

There were large numbers of trials working to produce a COVID-19 vaccine, and only a few got their products to market. The common denominator for the successful trials was that they generally had stronger data, and this came from more diverse trial populations. There really weren’t many negatives to this pandemic, from a representation perspective.

This proves they can do it! I think the industry has finally woken up a little bit to innovation, new approaches and models, and we will see a boom in this industry, and in the next 2–3 years we’ll see some real and needed innovation.

To better raise awareness of the diversity and inclusion issue within clinical Trials, Ash has been running Demand Diversity, which is a campaign for change. A mission to raise awareness. And a rallying cry for the industry to do better.

Guided by insight, research and vital collaborations with patients, diverse groups and others in the industry with the same vision, we’re going to drive action and demand that we all take responsibility to do better. You can get exclusive research here.

To discuss these topics further with sector experts, and to ensure you remain up-to-date on the latest in clinical development, sign up for Proventa International’s Clinical Operations Strategy Meeting, set for 15 June 2021. 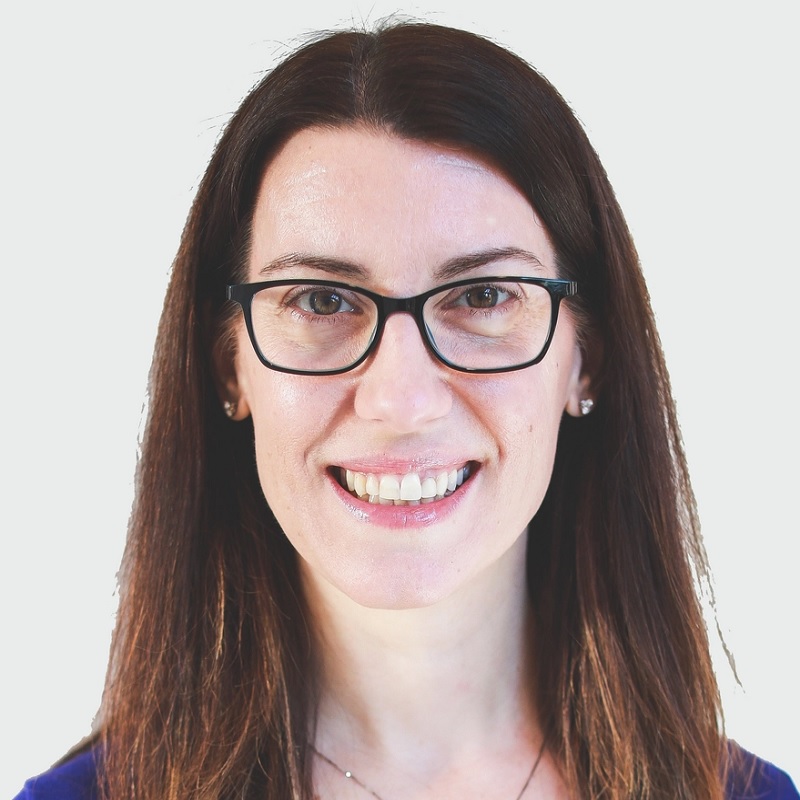 The COVID-19 pandemic created a significant shortage of suitable patients for clinical trials worldwide. Within this crisis was another more serious issue around inclusion and representation, driven by COVID’s disparate effect on certain ethnicities, that spoke to a wider issue...

The COVID-19 pandemic created a significant shortage of suitable patients for clinical trials worldwide. Within this crisis was another more serious issue around inclusion and representation, driven by COVID’s disparate effect on certain ethnicities, that spoke to a wider issue...

4 months ago
Working With us