5 days ago By Charlotte Di Salvo

Hear from some of the industry leaders including Jeffrey Humphrey who will be providing his expertise in leading a discussion on the future of clinical research in oncology. To discuss these innovations and more with other leading experts in an informal setting, sign up to Proventa’s Oncology Strategy Meeting, held online on 17 June 2021.

Inflammation is the body’s response to tissue damage, whether this be due to infection, physical trauma or an ischemic injury. If the control mechanisms for inflammation fail to shut down, it can cause chronic inflammation. The cell mutation and proliferation that can result from this dysfunction can “create an environment that is conducive to the development of cancer. The so-called ‘perfect storm’”.

Inflammation-related biological processes influence all stages of cancer development from tumour initiation to progression. Chronic inflammation specifically is triggered by a number of factors which increase the risk of cancer. Infectious diseases like hepatitis, and autoimmune diseases like inflammatory bowel disease, are often precursors for the chronic inflammation triggering disease development and progression.

Two pathways have been identified linking inflammation and cancer. The intrinsic pathway caused by genetic events initiates “the expression of inflammation-related programs that guide the construction of an inflammatory microenvironment”. The extrinsic pathway, on the other hand, creates the inflammatory conditions which trigger cancer development.

The inflammatory microenvironment of tumours is characterised by “the presence of host leukocytes both in the supporting stroma and in tumor areas”. Leukocytes, also known as white blood cells, are an important player in the inflammatory response. Tumour-associated macrophages for example are a major component of all tumours. This type of leukocyte can produce growth factors as well as protease enzymes which can stimulate tumour cell proliferation and metastasis through the breakdown of the extracellular matrix.

The complex network of inflammatory circuits in the tumor microenvironment is forming the basis of developing new therapeutic modalities. Preclinical studies have revealed that anti-inflammatory drugs can suppress cancer development through multiple mechanisms. Achieving positive clinical results is the next step.

The tumour cell-intrinsic pathway is one of the main inflammatory targets for cancer immunotherapy. However, there are a number of different signalling pathways across the spectrum of disease types which presents additional challenges.

In liver carcinoma, for example, “the p53 pathway causes increased recruitment and activation of innate immune cells”. Whereas in epithelial ovarian cancer, “the NF-κB pathway causes  Immunosuppression of DCs and macrophages”. Several anti-inflammatory drugs, including NSAIDs like aspirin, have proven to successfully suppress NF-kB activation. This pathway in particular is activated in many cancers and is suppressed by blocking the breakdown of IkB(alpha).

NSAIDs, also known as non-steroidal anti-inflammatory drugs have been used in preclinical cancer studies for a number of years. These drugs, like ibuprofen for example, reduce inflammation by non-specifically inhibiting COX-1 and COX-2 enzymes.  The cyclooxygenase (COX) pathway mediates tissue injury and pain through upregulation of pro-inflammatory agents known as prostaglandins.

This group of anti-inflammatory agents continues to be investigated due to their anti-cancer effects, including their ability to induce apoptosis, inhibit angiogenesis, and enhance cellular immune responses. Angiogenesis is the formation of new blood vessels from existing vascular structures. This plays a substantial part in supporting tumour growth, by maximising the amount of oxygen and nutrients delivered to the tumour site.

In addition, there are a number of anti-TNF-alpha antibodies approved by the FDA including adalimumab. TNF-alpha is an inflammatory signalling protein produced by macrophages during acute inflammation, and is the activator and effector of the NF-κB pathway.

A 2019 study recently investigated whether low dose anti-inflammatory combinatorial therapy would reduce cancer stem cell formation. This study was performed in patient-derived preclinical models for tumour relapse prevention. They demonstrated that low-dose aspirin with suboptimal dose of doxorubicin (a chemotherapy drug) for 72 hours could generate higher killing efficacy and enhanced apoptosis. The overall results from the study suggest that the combinatorial use of aspirin with conventional cancer therapy could potentially prolong patient survival.

The significance of these results, while not ground-breaking, supports the rationale of future studies using co-treatment of aspirin with other chemotherapy drugs. As a drug, aspirin is relatively cheap, hence would be more accessible to patients across the globe.

Several studies have also shown that the combination of anti-inflammatory drugs in conjunction with chemotherapy is used to reduce treatment toxicity. Chemotherapy is often effective for many types of cancers. However it is not always targeted, and as a result can damage healthy tissue and cause unpleasant side effects.

More recent studies have focused on the co-administration of dexamethasone with chemotherapeutic agents like carboplatin. Dexamethasone is a synthetic glucocorticoid steroid which induces immunosuppressive and anti-inflammatory effects predominantly through binding to the glucocorticoid receptor.

While NSAIDs show potential for targeting cancer-related inflammation, they are yet to be deployed in at-risk populations and properly evaluated for therapeutic applicability.

Long-term use of NSAIDs can result in a number of adverse side effects. The more common include gastrointestinal (GI) bleeding, liver and kidney dysfunction and osteoporosis. Such adverse effects have been suggested to increase the risk of cancer. In addition, it can elevate “the risk of deep vein thrombosis and its potentially life-threatening complications of pulmonary embolism, myocardial infarction and stroke”.

The use of NSAIDs as a cancer therapeutic remains controversial due to the level of GI toxicity and non-specific activity in the body. Nevertheless, NSAID toxicity is modest in comparison with conventional chemotherapeutic agents, hence various anti-inflammatory agents are still being investigated for cancer therapy and prevention.

The next step is conducting further research to better understand the molecular mechanisms of anti-inflammatory agents across the spectrum of cancer types and develop more preclinical models that can be translated into clinical studies.

To discuss these topics further with sector experts, and to ensure you remain up-to-date on the latest in clinical development, sign up for Proventa International’s Oncology Strategy Meeting, set for 17 June 2021. 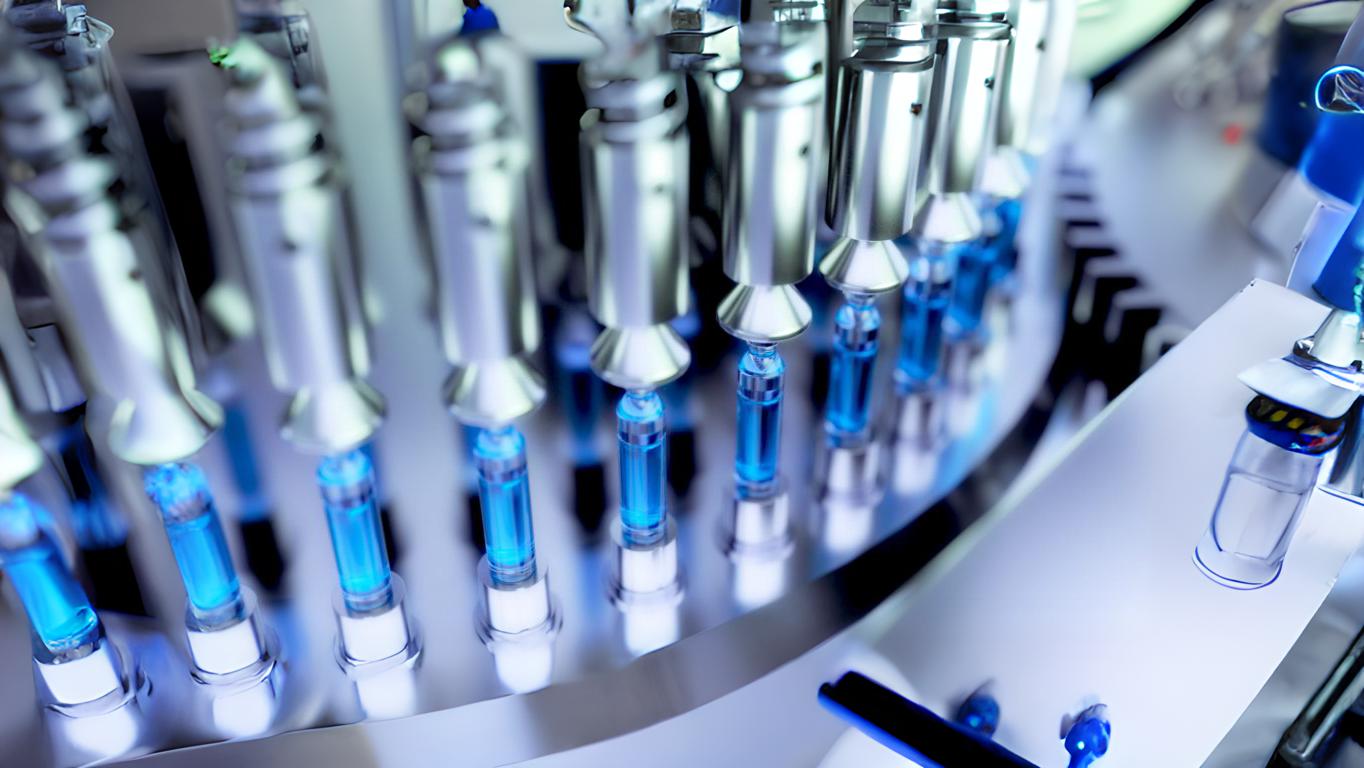 In 2019, drug manufacturer Genzyme was thought to have lost up to $300m in revenue due to plant shutdown after product contamination. Ensuring appropriate aseptic practices are followed can mean the difference between efficient manufacturing operations and the shutting down...

In 2019, drug manufacturer Genzyme was thought to have lost up to $300m in revenue due to plant shutdown after product contamination. Ensuring appropriate aseptic practices are followed can mean the difference between efficient manufacturing operations and the shutting down... 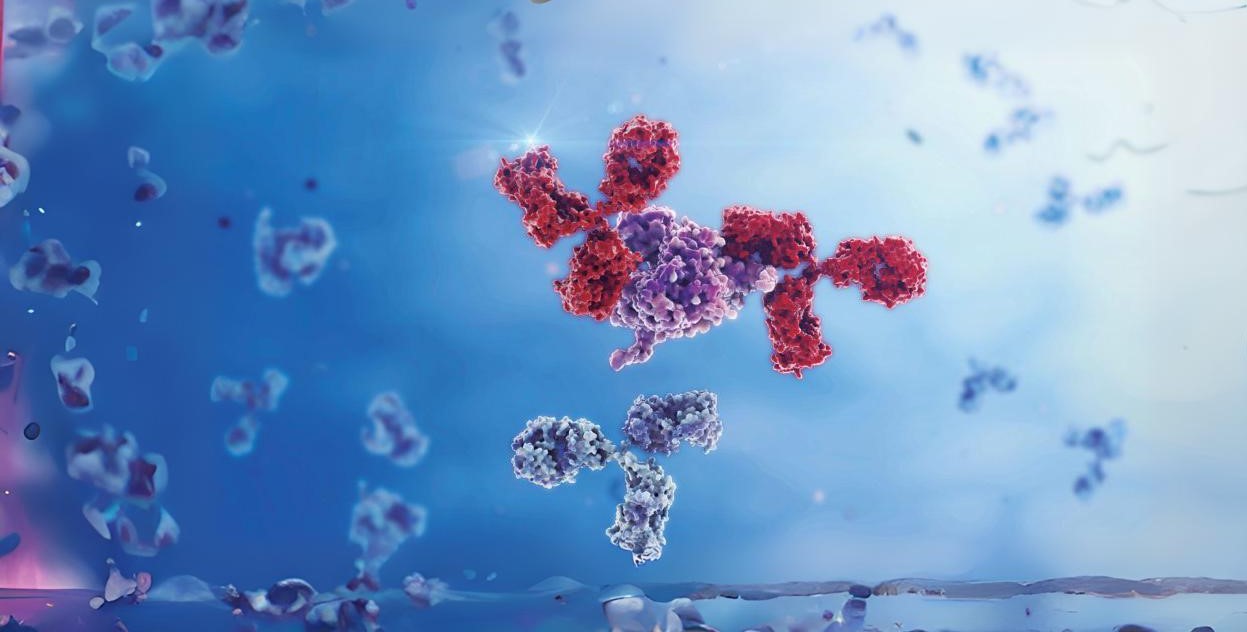 Drug discovery is the first step in therapeutic breakthroughs. Unfortunately, this cannot occur without target discovery - the identification and validation of druggable targets. Whether it be proteins or small molecules, discovering a ‘druggable’ biological target can be a challenge...

Drug discovery is the first step in therapeutic breakthroughs. Unfortunately, this cannot occur without target discovery - the identification and validation of druggable targets. Whether it be proteins or small molecules, discovering a ‘druggable’ biological target can be a challenge...

6 days ago
Working With us