1 year ago By Charlotte Di Salvo

Developing therapeutics that treat diseases of the brain especially has been an uphill struggle in terms of optimising drug delivery systems. While some pharma companies attempt to overcome hurdles like the blood-brain barrier, others are looking beyond this strategy to develop alternative methods of drug delivery in the CNS. We spoke to Marcie Glicksman, Head of Biology for Enclear Therapies, about her experience with the challenges of CNS drug delivery.

PharmaFeatures: Diseases of the CNS represent one of the most complex groups of disorders to treat, and it has become clear that drug delivery has been an uphill battle. What would you say are the main challenges of drug delivery within the CNS?

Marcie Glicksman: The typical ways of delivering drugs are largely oral, iv (intravenous) or intramuscular. But a lot of drugs cannot cross the blood-brain barrier (BBB) and access the nervous system, or at least only in small amounts. In that case, if you choose to give the drug peripherally, you have to give large doses and that results in side effects. It’s been a problem for longer than I have been developing therapeutics, which is a long time.

The BBB is there for a reason: it protects the brain. You don’t want to artificially open up the BBB, at least not for very long periods of time, because that could allow infection and other things that are kept out for a reason. The BBB is an important part of the nervous system and our physiology.

PF: In terms of specific CNS diseases, are there any in particular in which treatment has been developed but the delivery systems are inefficient?

MG: Currently, gene therapies are a very promising new strategy for combating diseases, whether it’s using anti-sense oligonucleotides, siRNA or AAV for various kinds of diseases. However, there are a lot of issues with accessing the nervous system. In terms of cancer, when patients have brain metastasis, these drugs are fairly toxic, so if you can limit the distribution to where the tumour is, that’s a big plus.

You have to use a method that gets the molecules into the brain and to penetrate the tissue so the molecules are where they need to be. If you deliver these molecules into the periphery, you’re not going to get optimal delivery. Even if you are able to inject a drug into CSF (cerebrospinal fluid) for example, or a specific brain region, how good is the resulting distribution of the drug?

MG: CSF is a fluid that surrounds your brain and spinal cord so it is a natural avenue to be able to access and get molecules to brain tissue. With our EnClear delivery system, we place a catheter into the lateral ventricle and into the lumbar intrathecal space and connect them with sterile tubing and an external pump to actively move the CSF through the ventricles and spinal cord intrathecal space. We have found this improves distribution quite a bit compared to current methods. The system does involve some surgical placement of components, but these methods have been used for 50+ years so are well known to surgeons.

In terms of translatability, I like the larger animals, we use sheep models, but I know a lot of people are using non-human primates. Some use rodents, but they are a lot smaller than humans and have very different brain complexity, and the amount of fluid is a lot smaller. I don’t know if they are as predictive as using larger animals. The distance to distribute and amount of CSF fluid can be quite a bit different when comparing animal models to human, and should be kept in mind.

I think a lot of studies are not extensively looking at how good molecules are at penetrating into tissue. I think this is something that has been found in oncology – if you just administer anti-cancer drugs into the CSF, they cannot deliver effectively to the target areas without affecting tissues close-by – it may not be getting to where it needs to go.

I also get concerned with how predictable the animal studies are. There have been some failures recently in Huntington’s disease, at least part of the reason may be because the molecules weren’t getting to where they needed to be. The compounds were perfectly safe, but not therapeutically efficacious.

PF: Are there any particular CNS diseases you believe will benefit greatly from better drug delivery systems, or particular areas the industry is focusing on?

MG: There are a number of diseases – Leptomeningeal carcinomatosis, for example, happens when tumours metastasize to the brain. I think we have gotten good at treating primary tumours, but when people get tumours that come back into the brain, it can be very difficult to treat. So being able to target particular areas of the brain where the tumours arise, and not hit areas of healthy tissue, would be quite powerful. Again, if you’re taking a drug that is toxic, you want to have control over the levels.

For diseases like Huntington’s disease, where affected cells are in deeper brain regions, it is important to deliver the drug molecules to the target area. It could also be useful for autoimmune disorders like multiple sclerosis, as you are accessing part of the brain and can treat the systemic disease. From any CNS disease perspective, targeting the damage would have some potential applications there as well.

PF: How are emerging techniques overcoming the BBB for delivery into the brain?

MG: There are a number of strategies that people are trying, and time will tell what works best. A number of strategies have been around for some time, which are using receptors and transporters that have active BBB uptake properties like the scavenger or transferrin receptors. People are still trying this option, but there are still gaps in showing that this is a reasonable strategy.

Our company’s system is agnostic to that, by delivering to the CNS using active circulation, we see better penetration into the brain tissue. The active pumping helps augment the diffusion characteristics of the molecules accessing deeper brain areas.

We’ve been doing a number of animal studies and partnerships, and I would say the CNS drug delivery system is about 18 months to two years away from use. It’s not too far away.

Right now, some people use intrathecal delivery and some use icv (intracerebroventricular) delivery, relying on passive diffusion which is not as effective as with EnClear’s system.

PF: Where would you like to see CNS drug delivery in ten years’ time?

MG: Well hopefully, helping patients! Our target is to help patients, so not only in brain cancer but also any diseases of the central nervous system. Better CNS delivery strategies are needed for molecules that don’t penetrate the BBB such as antibodies, RNA and DNA, and proteins for enzyme replacement therapy. There are a lot of children born with rare diseases in which they are missing a key enzyme – so you can effectively administer these enzymes as an alternative to drugs that may be able to increase levels through other mechanisms. There are a lot of areas that could benefit.

EnClear’s delivery system could be used in children too – some of the components are already used in children, just smaller versions, and as they grow you might need to replace it.

People are also working with ways to better package gene therapy, such as with nanoparticles, lipid-based particles – this is exciting as these can help facilitate molecules entering cells more effectively and decrease the chances of an immune response. 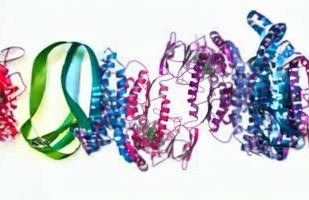 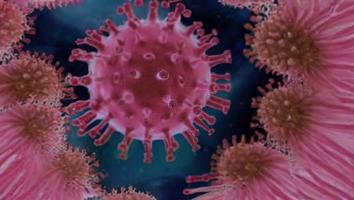