4 months ago By Josh Neil

Cell and Gene Therapies (CGTs), experimental technologies to treat or cure diseases using the body’s cells, have been on the ascendant for some time now. As promising as they are, CGTs have consistently moved forward faster than regulatory agencies can keep up: despite the first CGT products only receiving approval in 2017, new types of CAR-T therapies are already being examined.

The European Medicines Agency (EMA) in Europe and Food and Drug Administration (FDA) in the USA are responsible for the regulation of CGTs. Since the first CGT approvals, applications in the space have been skyrocketing. In 2018 the regulators saw around 500 active gene therapy applications.

Despite this, CGT treatments are still a more risky proposition than other, more established therapies. One of the first in vivo gene therapies, Roche’s Luxturna, can create a short-term immune response in the liver that must be treated by steroids. Questions still exist around giving a patient with previous exposure to AAV viruses a further dose through gene therapy. Similarly studies such as Sangamo’s 2018 trials have failed to demonstrate clinical benefit for patients.

In light of these issues regulatory agencies are constantly changing and adapting to the new environment. New guidance is constantly being produced, with the EMA and FDA working more closely together to ‘avoid digressions between the two’.

Standardisation and Other Issues

One of the major issues within CGT today is the lack of standardisation in processes. A major regulatory concern are the manufacturing processes involved when creating CGT medicines, and how changes could affect the product’s safety and efficacy.

Creating CGTs is an extremely complex process. Due to the need to use biological materials, manufacturing must ensure very high quality throughout the production. This in turn requires expensive equipment and technical expertise, something many labs – especially smaller companies – lack. While companies often turn to contract manufacturing organisations (CMOs) to provide these functions, they are now considerably overburdened by the number of therapies heading towards trials.

This issue is made worse by organisations’ need to change and update their processes for greater returns, which strains the ability to keep their products consistent and efficacious.

The USA and EU have markedly different regimes for overseeing the approval of CGTs. The U.S.’ FDA oversees its clinical trials, while the EMA in Europe does not. For a CGT clinical trial to occur in Europe, approval must be received from a competent authority and ethics committee in the Member State, as well as approval to use a genetically modified organism.

Despite this, the two organisations use similar data-heavy approaches to assessing safety and efficacy of drugs, often working together through teleconferences.

Since 2017, when Luxturna was first approved by the FDA, regulatory standards and guidelines have evolved at a rapid pace. In August 2018, the U.S. National Institutes of Health ruled that gene therapies no longer needed a regulatory review before the start of clinical trials could begin, eliminating duplicative oversight with the FDA. From that point, the Recombinant DNA Advisory Committee focused on emerging biotechnology issues. It was in this year that the FDA published six proposed new guidelines on gene therapy, with two more published in 2019.

The EMA also updated its frameworks in 2018, changings its guidance on design, manufacture, characterisation and testing of delivery mechanisms.

This is a rapidly-changing field, made swifter by the efforts of trial sponsors within the area. Generally, CGT sponsors work with regulators from the earliest stages of development, sometimes even during preclinical development. The talks with regulators on how to design the drug programme allows for easier approval when the drug is set for manufacture.

Despite this, concerns have been expressed that the agencies lack the necessary expertise to fully deal with the influx of new therapies sent to them for approval. With estimates suggesting that by 2021 over a thousand CGTs will be expecting regulatory approval, this seems a genuine concern that so far has no solution.

Automation as a Solution

Before the industrialisation of CGTs can fully commence, a number of issues must be addressed. Processes must be made more efficient and more cost-effective, and standardised in such a way that regulation becomes less burdensome or stringent.

Automation is one way to address these problems, and open the door to greater commercialisation of CGTs. Providing greater control over bioprocesses via more efficient and fast readouts, automating CGT manufacturing can easily lead to the optimisation the sector so desperately needs.

Automation would immediately remove human error and the variation caused by manual handling. It would also allow for the precise determination of process parameters and timings to be saved, and the for integration of process analytics, which would eliminate the subjectivity of which processing decisions are currently based. This would allow for better processing rules.

With full automation of a process, greater understanding will be had of how individual processes affect cell quality. The optimisation that comes about through these various positives means that manufacturing costs will be hugely reduced.

From here, the introduction of AI and Machine Learning to these automated processes could improve their efficiency and ability to handle more complex tasks, as well as to perceive cell quality better through a learning feedback loop.

For CGTs, the regulatory field has advanced in leaps and bounds over the last three years, becoming increasingly more effective and targeted with each new guidance update. It is clear that sponsors and manufacturers have no issue with the direction that regulatory agencies are going in: only that their budgets and means are not equipped to deal with the scale of the CGT revolution to come.

Automation is the tool of the near future that can change this. With the ability to standardise processes to a regulatorily satisfactory manner, remove human error and increase efficiencies across the manufacturing chain, automation would immediately increase the ability of regulators to work with CGTs and approve life-saving therapies. Companies are certainly implementing small-scale automation in their companies: but it is clear that full automation of CGT manufacturing cannot come fast enough.

To ensure you remain up-to-date on the latest in clinical development, sign up for Proventa International’s online Biomanufacturing Strategy Meeting 2020.

In the news this week, COVID vaccine production continues to advance, with Regeneron signing a new $2.6 billion deal in the US, the J&J one-shot looks set to distribute in March 2021, and two inhaler treatments advance in trials. In...

In the news this week, COVID vaccine production continues to advance, with Regeneron signing a new $2.6 billion deal in the US, the J&J one-shot looks set to distribute in March 2021, and two inhaler treatments advance in trials. In...

Vaccines dominate the news this week, as multiple companies come ever closer to having their products greenlit for market. Janssen’s single-shot vaccine could be approved within weeks, while Moderna’s vaccine sees EU take-up and AZ/Oxford University’s product seems set for...

Vaccines dominate the news this week, as multiple companies come ever closer to having their products greenlit for market. Janssen’s single-shot vaccine could be approved within weeks, while Moderna’s vaccine sees EU take-up and AZ/Oxford University’s product seems set for... 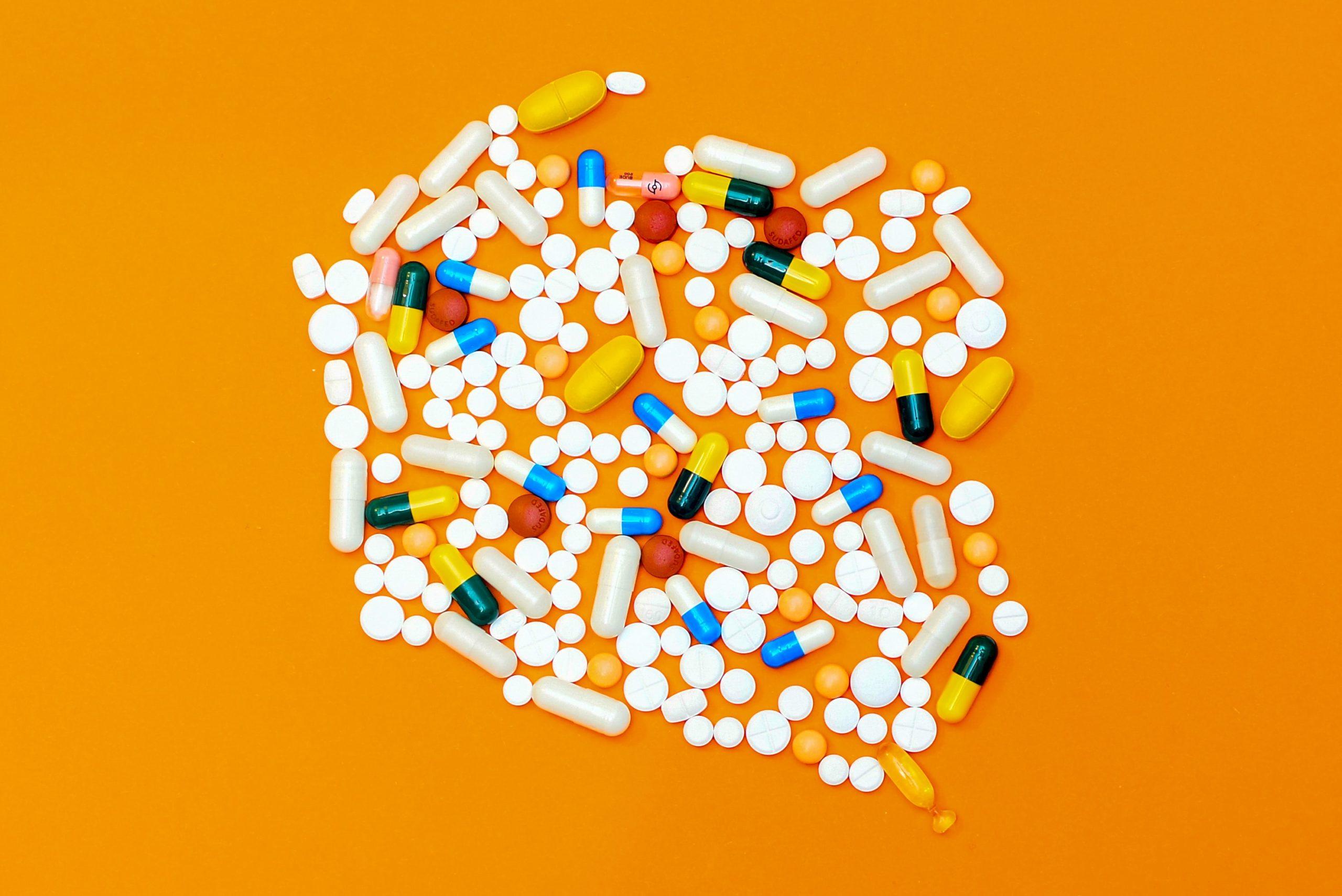 The Future of CMC: An Interview with Jean-Pierre Metabanzoulou

The need to ensure patient safety and drug efficacy in pharmaceuticals is only increasing. With the sudden disruption caused by the COVID-19 pandemic, the Chemistry and Manufacturing Controls (CMC) process has been thrown into the spotlight as critical to drug...

The Future of CMC: An Interview with Jean-Pierre Metabanzoulou

The need to ensure patient safety and drug efficacy in pharmaceuticals is only increasing. With the sudden disruption caused by the COVID-19 pandemic, the Chemistry and Manufacturing Controls (CMC) process has been thrown into the spotlight as critical to drug...

1 month ago
Working With us